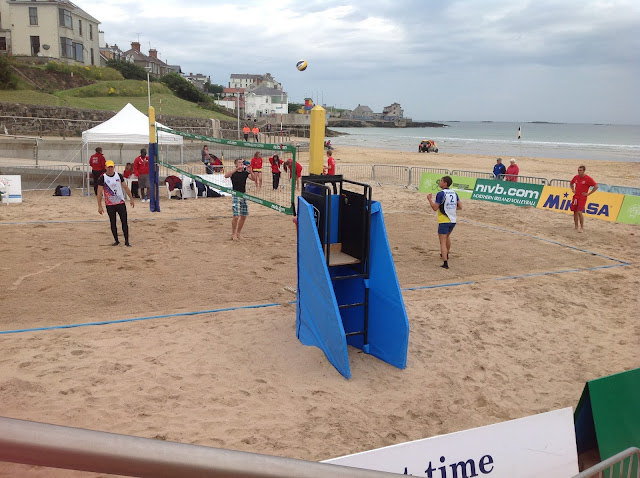 By Volunteer Michelle Harris
Today was my last shift as
part of the World Police and Fire Games Media Team. I was based in beautiful
Portrush which played host to the Volleyball event. There were four courts
along the beach so it was quite hard to cover all of them but from the matches,
I had a chance to see two Russian teams go head to head!
To them it may have
been more of a local derby! I was also able to watch Germany win 21-7 against
USA. There were large crowds from the very start of the event despite the
initial damp weather! The day was enjoyed by adults, children, dogs and
seagulls alike!
It’s hard to believe that the
World Police and Fire Games are almost over and my time volunteering is over.
It doesn’t feel that long ago since I signed up and had my interview! Through
my role in the Games I have gained more people skills which has also helped my
confidence. I have gained skills in working as part of a team and working with
people of different nationalities. I feel like I have been around the world
without leaving our wee country!
As one of the youngest volunteers in my team I
have learned a lot from the people I have encountered. It was interesting to
hear about other people’s backgrounds and their own experiences of the games.
It would be amazing if the
Games had a lasting legacy for Northern Ireland, promoting the importance of
sport, team work and comradeship. After talking to competitors and volunteers
from all around the world, it seems that Northern Ireland has succeeded in its
aim on delivering the ‘Friendliest Games Ever’. I am very proud of my country
because we have shown the world what we can do!
It’s been a blast and an
experience which I will never forget!