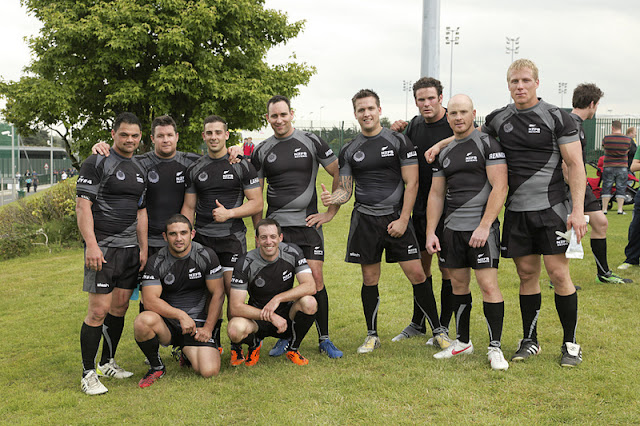 By Volunteer, Michelle Harris
Yesterday I was at the Dub,
Belfast to watch rugby, Gaelic football and soccer. It was a big challenge
considering the amount of matches played that day and the size of the venue. Of
course, I got lost as soon as I arrived and ended up almost walking towards the
Mary Peter’s track! My Active Belfast pedometer certainly got used that day!
I said in my last blog that I
would encourage everyone to go and watch a sport they wouldn’t usually
consider. This applied to me yesterday as I had never been to a Gaelic or rugby
match outside of school competitions before. I found the scoring quite tricky
to grasp but luckily people at the ground were willing to help out!
I was particularly excited
for soccer, a game which I am much more familiar with. Every football fan at
The Dub was there to see Brazil vs Spain. Every seat in the stand was filled to
watch the game! I met a very excited Brazilian fan and ended up getting my picture
taken with him. As you can see he made it quite evident who he was supporting!

People in the stand started
singing We’re Not Brazil, We’re Northern Ireland much to the delight of the
Brazilian fans who along side were singing and banging their drums to the beat!
Despite it being a final there was a real party atmosphere!
Apparently there were rugby
stars such as Andrew Trimble and Paul Marshall at the ground. It was nice to
see them give their support to the event! I knew of some volunteers who were very
excited about this! I unfortunately didn’t get a chance to see them but I saw
some photographic evidence that they were here! I noticed that on the rugby and
Gaelic pitches there were a lot of families having picnics and holding their
own mini games. Another great family day out!
I was talking to an official
from the World Police and Fire Games who said that the volunteers really are
making it the ‘Friendliest Games Ever’! He said that competitors have been
talking to him about how supportive the volunteers are. I was talking to an
athlete from Canada who thanked us personally for our help!
Thursday will be my last blog
as part of the World Police and Fire Games Media Team. I will be tweeting and
blogging from Portrush where the beach volleyball and surf kayaking events will
be held. It’s hard to believe that the games are nearly over!